14
70 and 75 isn’t old for a tree or if you are Barb Renner and Margaret Gmoser. Looking forward to celebrating these birthdays next weekend!
10 h

61
On Jan. 21st, our Canmore Rescue Helicopter was dispatched by our friends from Parks Mountain Safety to the Bow Summit area for a skier with a leg injury. The patient and one other member of the party required a Longline Rescue back to Peyto Lookout parking lot, where the patient was transferred to EMS. This call happened late in the day and thankfully the party was carrying a GPS communication device.
22 Jan

339
Amazing sunrise this morning! Thanks Sarka Vavrova for the shot!
20 Jan

23
We are proud to help support our friends from Project All In, an amazing program that helps our first responders here in the Bow Valley. Please go to projectallin.ca to check them out. A HUGE thank you to Sheepdog Brewing for the hospitality.
17 Jan

7
Ready for the next step in your career? Alpine Helicopters is currently accepting resumes from qualified pilots for two full-time Base Manager positions in Alberta; one of which is located at our High Level base and the other at our Grimshaw base. In addition, Alpine is accepting resumes from qualified Aircraft Maintenance Engineers for a full-time position in the Grimshaw or High Level, Alberta Base. Please visit our website for further details and apply: https://alpinehelicopter.com/who-we-are/careers/
16 Jan

39
A great article from our friends at the Outlook.
16 Jan

113
On January 10th, our Canmore Rescue Helicopter was dispatched by our partners from Parks Mountain Safety to an avalanche incident in the Mt.Hector area. Visitor Safety Specialists were Longlined onto the avalanche debris to evacuate members of the public that were involved in the avalanche. After the Rescue was completed one patient was transported to Banff by our helicopter and then transferred over to our friends from STARS. Our sympathies go out to everyone affected by this accident, please be safe while enjoying the backcountry.
11 Jan

139
Sunday, January 26th is Australia Day, 15% of all proceeds made that day will go towards helping Australia fight the devastating wildfires. Book online or give us a call to book your flight!
10 Jan
0
RT @KCPublicSafety: Training with the RECCO heli unit the past few days. This will be a great tool for searches in any situation wherein s…
10 Jan

112
We are proud to announce that we are now operational with our RECCO helicopter search tool!!! This afternoon we completed training with our friends from Cranbrook SAR, Kimberley SAR, Golden and District Search and Rescue, Kananaskis Country Public Safety Section, Alberta Parks and Parks Mountain Safety. A huge thank you to Gordon and “Howie” from RECCO who volunteered their time to train us. Please visit www.recco.com for a list of products and clothing that have a RECCO reflector. #besearchable
10 Jan

51
We had an opportunity to get out an practice with the new RECCO detector that can be used from the helicopter over the past two day. A pretty interesting tool that will have application not only in avalanche rescue but also in terrestrial searches if your apparel is equipped with detectors. This is the second one of these detectors in Canada. Thanks to Alpine helicopters for hosting as well as good to work with our partners in Parks Canada, GADSAR and Cranbrook SAR who were able to come out.
9 Jan

96
We are excited to announce that our Canmore base will be hosting our friends from Golden and District Search and Rescue, Parks Mountain Safety and Kananaskis Country Public Safety Section, Alberta Parks tomorrow for training on our new technology from Recco .This tool will greatly enhance the ability of Rescue teams to find lost persons and we hope to be operational within the next two days. We are very proud to be the fifth recipient of the RECCO Helicopter Detector in North America. For more detailed information you can visit www.recco.com #besearchable
8 Jan
0
Our Canmore Base will be host to our friends from GADSAR, Parks Canada Visitor Safety and Kananaskis Public Safety… https://t.co/V8ww8Ydd2R
8 Jan
67
Congratulations Team Canada on your World Junior Gold Medal!!
5 Jan

18
AVALANCHE CONTROL is planned for Mount Bosworth, Mount Field, Mt Stephen, and Mount Dennis in Yoho National Park, Monday, January 6, 2020: No climbing, skiing or other activities in these areas tomorrow. Thanks!
5 Jan

278
As 2019 comes to a close we would like to pass on our total Incident/Rescue responses for the year. In 2019 our Canmore and Golden Rescue Helicopters responded to a total of 274 calls with our friends from Golden and District Search and Rescue, Parks Mountain Safety and Kananaskis Country Public Safety Section, Alberta Parks. Of those 274 incidents 140 required the use of the Longline Rescue System. We are very proud to have six Parks Canada certified Mountain Rescue Pilots on staff. A huge thank you to Bow Valley Photography, Marc Ledwidge and everyone (can’t list all of you) that contributed photos this year.
1 Jan

58
December was a relatively quiet month for our Canmore Rescue Helicopter with 7 calls from both our friends at Parks Mountain Safety as well as Kananaskis Country Public Safety Section, Alberta Parks. The vast majority of the incidents were leg injuries suffered while skiing, please be mindful of the short days and cold temps.
1 Jan

83
From all of us at Alpine Helicopters Inc. we would like to wish everyone a safe and happy New Year!!!
31 Dec
0
RT @KCPublicSafety: There have been some large avalanches over the past few days. Natural activity is decreasing but conditions are primed…
Dec 27

17
Tent ridge recently had a large (very large for the region especially in December) natural avalanche on a NE aspects at 2600m. This slide was 1.3km long and up to 2m deep in places and ran full path clearing out trees that were 70years old in some areas. This slab failed on the ground on weak facetted crystals. Whats interesting (and scary) is Tent bowl, did not release. The Tent bowl feature is only 50m away from the avalanche shown in this photo, has a very similar snowpack characteristics but faces north just a slight bit more. When the snowpack is the question, terrain is the answer. This tent bowl area is ripe for human triggering and forecasters in this office have always found this particular area to be a very spooky feature that has lots of uncertainty. So much uncertainty in fact that we will often not go near this feature until it has either slid, or late in spring when we feel we are feeling a bit better about the area. Often though, it just always get avoided for the entire season. Over the past week we saw the snowpack have a large load placed upon it with over 100mm of moisture. Many features slid, while many did not. For us, we are avoiding be on under, or near anything that has not slid as we think there is just too much uncertainty at this time. That doesnt mean that we cant ski though! We just pick low angle supported slopes, with no overhead terrain as we let this snowpack adapt to this new load. As the season progresses we will gain more information and slowly feel out way into different terrain features. Some years, there are slopes that we never feel like we have enough information to consider skiing or riding. Do not be lured or tempted to push into bigger terrain or committing terrain to quickly. Its a long season and we want it be a safe and happy one for everyone. We have had two avalanche involvements so far this season with only minor injuries and we hope that this is all!
Dec 27 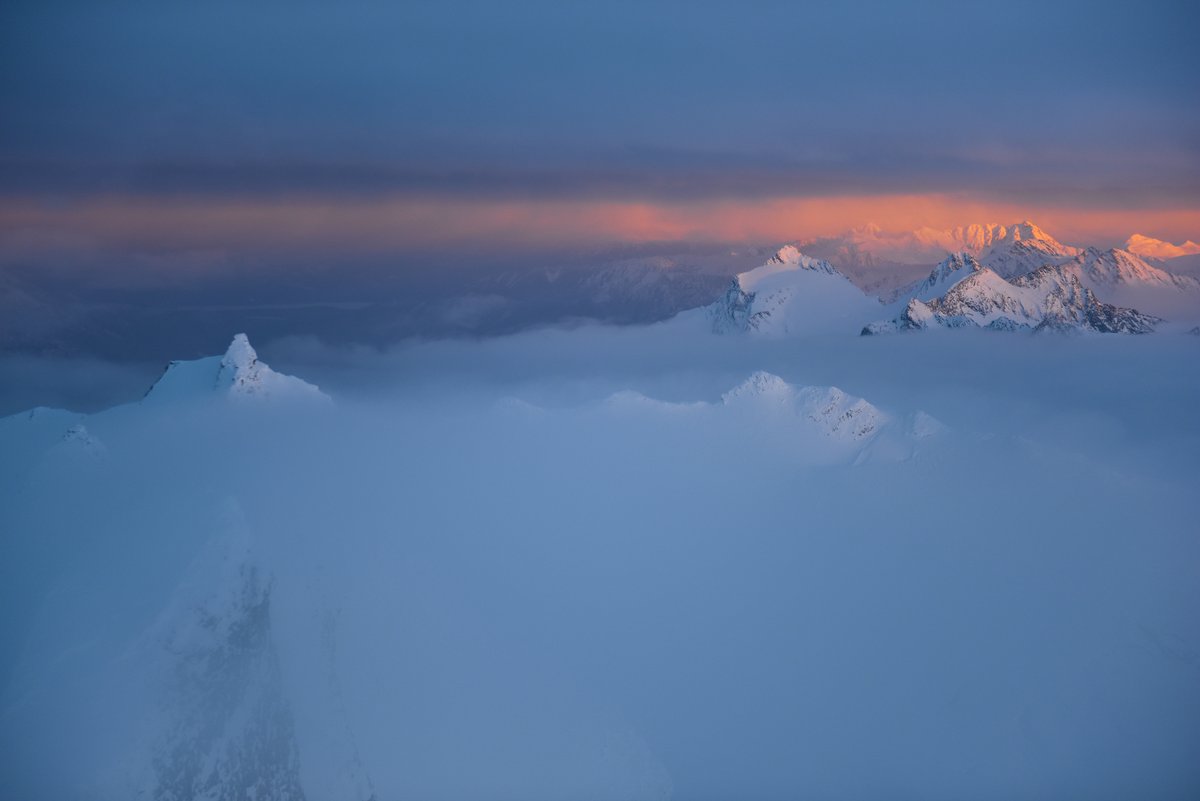 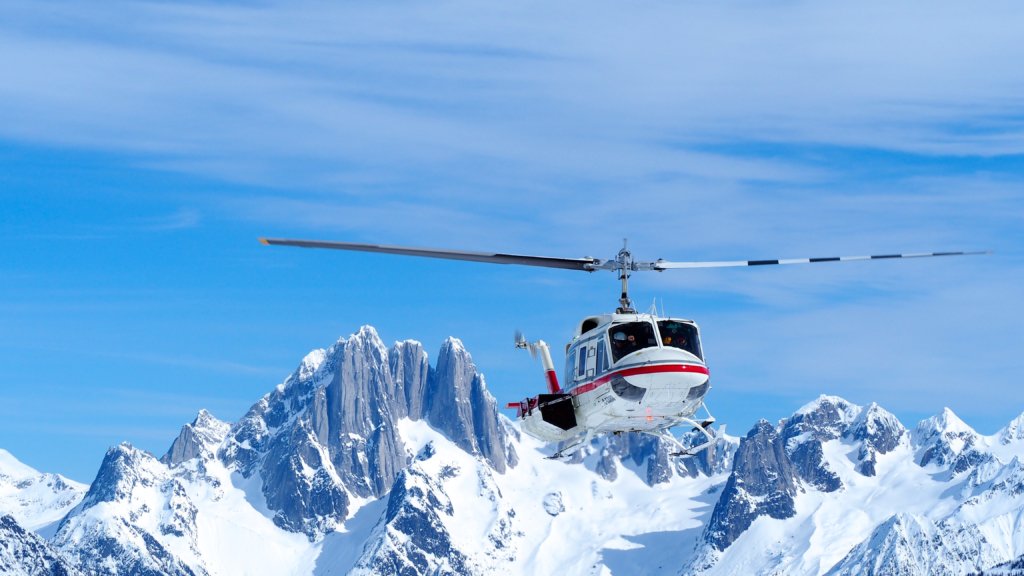 0
RT @cmh_heli: Never Make These 8 Heli-Skiing Mistakes https://t.co/FXg3KPwUfG #skiing #snowboarding https://t.co/CwbquqRYh2
Nov 13
0
RT @visitcanmore: How lucky are we to call this magical place home?⠀📸 @swissclick_photography #lovecanmore #canmorealberta https://t.co/Du3…
Nov 13
0
RT @rmountaineer: What a surprise for guests on our First Passage to the West route this week: snow AND grizzly bears! ❄️🐻🐻 📷: #IGer Travel…
Nov 13
0
RT @rmountaineer: When was the @CanadianPacific transcontinental rail line completed? On this day in 1885, and you can see the very spot a…
Nov 8
0
So amazing! https://t.co/atj4xc0yDp
Nov 8

305
In the month of September we responded to a total of 38 rescue calls with a total of 137 through the summer months. . . . . #Repost @owenbelanger • • • • • • Kananaskis Country So this was pretty sick to watch shake down. An unknown hiker broke their leg and had to get lifted out. Hopefully their recovery is fast. Thanks for the sick shot though🤙🏼 #StayWild #RoamFree
Oct 22

269
Awesome shot by @robheule of the reconstruction of the popular Ha Ling Peak trail!
Sep 19